·
By George
·
Under Philosophy
10 min read

I am indebted to Fiona Fishburn for inspiring me to produce this video lesson on Anselm of Canterbury's four-dimensionalist approach to time (or, as I've titled it in the interests of brevity, Anselmian eternalism). Fiona runs an outstanding Religious Studies department that follows OCR's A Level specification, and emailed me to enquire about whether I could produce a video lesson on this tricky topic. Long story short, Fiona's email motivated me to launch this blog, where I plan on publishing video lessons and downloadable resources on topics chosen by subscribers. In the interests of avoiding one major pitfall of over-ambition (i.e. failure to deliver as promised), I'm planning on producing these resources on the relatively modest schedule of a single post per month. So, if you have something you want me to put into a video lesson, then please get in touch directly at george@georgeteaches.co.uk.

Before I go any further, a brief word on the sources I relied upon most heavily, all of which are freely available online. Most important were two relatively short articles written by Katherin Rogers (professor of philosophy at the University of Delaware), titled Anselmian Eternalism (which, as you can see, I borrowed) and Back to Eternalism: A Response to Leftow's "Anselmian Presentism". However, I also made use of Brian Leftow's article, Anselmian Presentism, which provides a clear counterpoint to Katherin Rogers's line of argument. It's worth noting at this point that the Stanford Encyclopedia of Philosophy provides some very useful background information on theories of time in its entry titled, Time, and this may be more accessible for students than the more technical contributions of both Katherin Rogers and Brian Leftow (or William Hasker, who also disagrees with the premises underpinning Anselmian eternalism).

1. What is Anselmian eternalism?

Eternalism is a theory of time, by which I mean a proposed explanation of the relationship between events. Obviously, most people take time for granted and assume the way it works is much the same as they experience it; namely, it moves forwards, the future approaches us, we experience it in the present, and then it becomes lost to us in the past. Our experience of time gives rise to most of the so-called commonsense explanations of it, which belong to a category of theories titled presentism. In brief, presentism is the belief that the present exists, but the past and future do not. This may seem like an odd thought when couched in these terms (the claim that the past doesn't exist seems unsettling at first glance), but this doesn't mean that it didn't exist: when past events were in the present they did exist, but they have faded into nonexistence over time. In this way, the past doesn't exist, you can't go back and retrieve it, in much the same way that the future doesn't. Of course, some varieties of presentism propose that the past does exist (in some special inaccessible way), but these theories still maintain that the present is an objective reality that modulates three-dimensional space (or that three-dimensional space passes through). Although I'm not particularly fond of this analogy, presentists imagine time like a loaf of bread, but one where only the slice you're presently eating actually exists. As you finish eating one slice another mysteriously appears, but you can't see the end of the loaf because it doesn't exist yet.

On the other hand, eternalism is the belief that the past, present and future exist, by which I mean actually exist. In other words, the past and future are theoretically accessible; we may not be able to get at them, but they're out there. If you believe time travel is theoretically possible, it's difficult to do so without being an eternalist; after all, if you're a presentist then you've got nowhere to travel to (because the past doesn't exist any more, and neither does the future). People who subscribe to eternalism believe the present is a subjective experience, a way we perceive space and time but not the way it actually is. By analogy, eternalists imagine time like a loaf of bread, but one in which all the slices actually exist; it's just that we can only experience the one we're in, the one in which we're experiencing the present. Eternalists conceive of time as a fourth dimension, which is why Anselmian eternalism is sometimes referred to as Anselm of Canterbury's fourth-dimensionalist approach to time. Just as objects occupy height, width and depth (the three dimensions of space), and events happen within them, eternalists argue that objects and events occupy or take up time in just the same way. According to some thinkers, this is how Anselm of Canterbury understood time; however, it's a contentious topic, and there are others who argue forcefully that he believed in presentism. Those who believe Anselm of Canterbury was an eternalist refer to their interpretation of his theory as Anselmian eternalism.

2. How does Anselmian eternalism work?

So, this is where things begin to get a little tricky, and I'm going to be guilty of some gross oversimplifications. In brief, Anselm of Canterbury (1093-1109) follows Boethius (c. 477-524) in asserting that God is eternal, an assertion that was really important to him because of his definition of God: "Something than which nothing greater can be thought." Eternity is greater than a very long time, so Anselm of Canterbury makes very clear that God must be eternal. In her article, Anselmian Eternalism, Katherin Rogers argues that this belief in the eternity of God, coupled with the belief that God can intervene in the universe, necessitates an eternalist understanding of time; she writes, "If [God] is an actor in the temporal world, then He must be eternal as Anselm understands the term, where all of space-time is present to him." Loosely, an eternal God must act in a timeless, untensed, B series fashion (i.e. eternally); his actions cannot be time-bound (in the past, present or future), they must be simultaneous or all at once. This may be a bizarre notion but it necessitates eternalism, because, in order for God to intervene in the universe in a single eternal act, all of time (past, present and future) must exist for him to act upon. Our feet have left the ground now, so I'd advocate a really close reading of Katherin Rogers on these points; they're not uncontroversial, of course, and thinkers like Brian Leftow and William Hasker present alternatives that are strongly opposed to her interpretation of Anselm of Canterbury's thinking.

Katherin Rogers uses two neat analogies to describe how she thinks Anselm of Canterbury understood God's relationship with time. The first analogy involves a circle, and she claims that God shares a relationship with time that is similar to the relationship the centre of a circle has with the points of its circumference. The points of the circumference of a circle are in different fixed positions relative to one another, but they all share the same relationship with the centre. The second analogy involves a mountain climber's view from a summit; according to Katherin Rogers, God sees all of time spread before him like the mountain climber sees the features of a landscape. In the course of my video lesson I share an analogy of my own, and it's the best I can contrive to explain my own understanding of Anselmian eternalism. Events in time are like the individual frames of a film (in my video lesson there are literally thousands of frames). However, when we play a film as a human being, we only ever experience and absorb information from a single frame at a time; we are stuck to what is called the playhead, the point where the frame is displayed in the viewfinder. And yet, all the other thousands of frames are there; they exist, but if you're unable to fast-forward or rewind you have to wait for them to appear. By comparison, God experiences and interacts with every single frame at the same time; he can see the entire scrubber bar, and interacts simultaneously with every frame of it.

3. Why is Anselmian eternalism important?

Anselmian eternalism is important for loads of different reasons, but Katherin Rogers proposes three that are particularly compelling. First, it resolves the tension between God's omniscience and the notion of free will. Presentists have a problem with this, because if God is omniscient then he know's exactly what I'm going to do on this day one year in the future. As you can see, God's omniscience appears to make my future predestined, which is a big obstacle for a successful defence of free will. However, according to an eternalist, there is no past, present or future (time is tenseless), so God knows everything but does so simultaneously. Truth be told, there are still issues for free will, but they don't appear to be quite as problematic; to return to my analogy, God may know how the film is going to end, but only because he's watching the opening scenes simultaneously with the closing credits.

Second, Katherin Rogers argues that eternalism requires a more powerful God than presentism. For presentists, God is bound by the present moment, he can only act during the here and now; however, for eternalists, God acts simultaneously in all places and all times. Such action is a demonstration of almost unfathomable power. This brings us to the third, interlinking reason: eternalism supports a more coherent reading of the Bible. Katherin Rogers writes movingly about her Catholic upbringing, and the teaching that Jesus died for her sins. This doesn't really make sense from a presentist perspective, because Jesus died long before she was born; however, for a Christian eternalist, it makes perfect sense: God creates the world, dies for our sins, and experiences the birth of Katherin Rogers in a single, simultaneous act across all of time. This isn't how we experience time, of course, but according to Katherin Rogers that's because we're not experiencing it as it is. 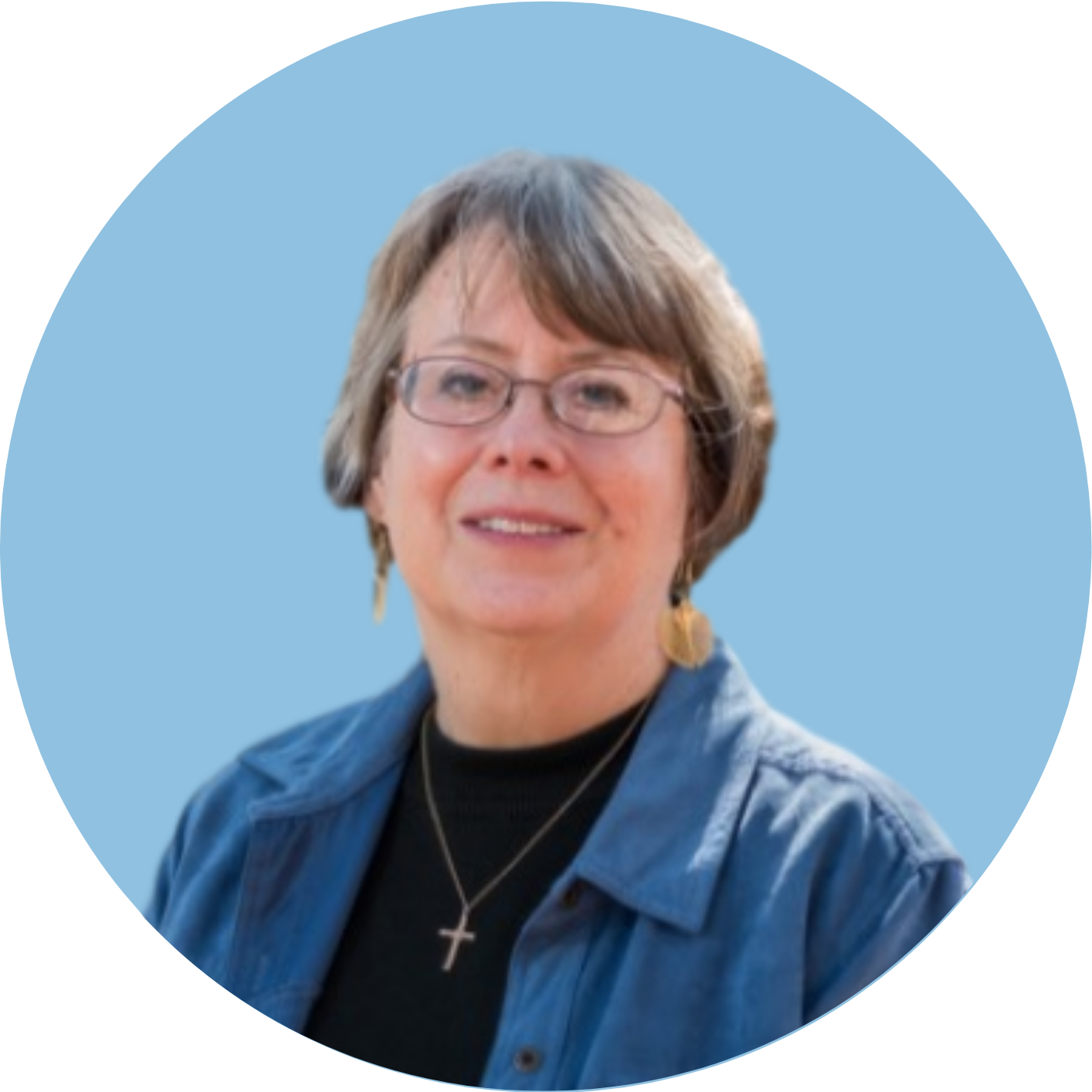 After completing my video lesson on Anselmian eternalism, I emailed Katherin Rogers to ask her opinion on its content and whether or not she had anything to add. Katherin Rogers still works at the University of Delaware as a professor of philosophy, and she very generously responded to my request for her thoughts. Importantly, she informed me that she prefers the the term "isotemporalism" over "four dimensionalism". The prefix (i.e. iso-) means "equal" in Greek, so "isotemporalism" suggests that all slices of time are ontologically equal (in other words, they all share equal status as existing, even if we human beings can only experience the present slice). Anyway, you can read exactly what Katherin Rogers had to say below.

"I thought that was a charming and accurate presentation! I don't have any complaints or additions. How often does that happen? (Of course, you are mighty complimentary to "Katherin Rogers" so that might bias my assessment just a tad.)

I have come to prefer the term "isotemporalism" for the thought that all times are equally real, since "4-dimensionalism" could seem a little dogmatic on how many dimensions there are and "eternal" is God's mode of being. Some folks seem to think that if one adopts an "eternalist" theory of time, one is holding that the created, temporal universe exists in a way similar to the way God exists, which, of course, one would be loathe even to think quietly to oneself. But the other terms are more common, so I do not say you ought to switch over."

There are no comments yet. Be the first one to leave a comment!